Kenny's latest video is out... riding over a slackline at 112m up in the air. Go check it out now. 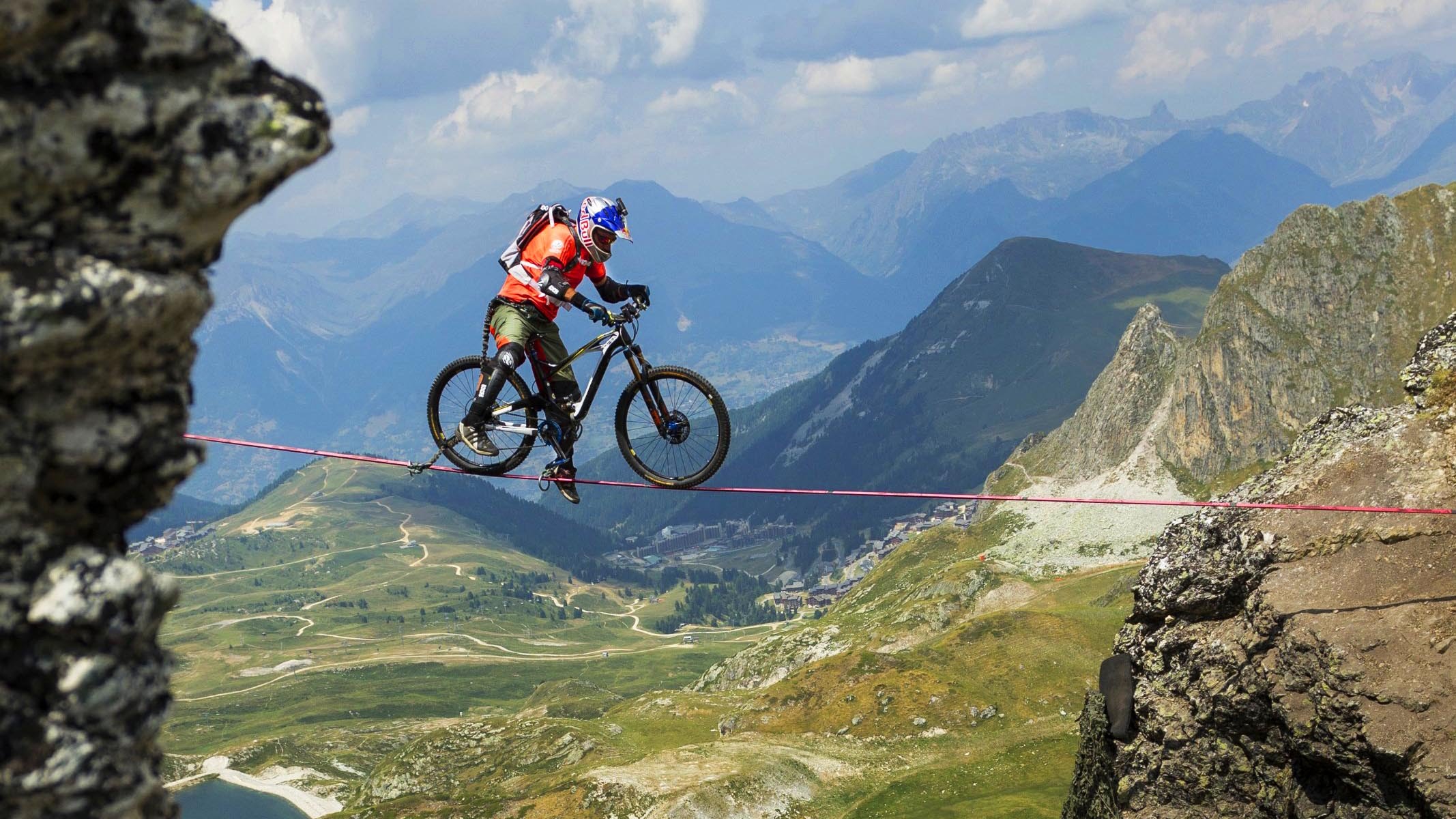 Belgian Red Bull athlete and nine time world trial bike champion Kenny Belaey recently grabbed a bronze medal at the UCI World Championship in Andorra – his 12th medal in 14 participations.
Most certainly an achievement to be proud of, but nothing close to what he pulled off in the French Alps.

After more than one year of preparation and six months of intensive training he succeeded in La Plagne, at an altitude of 2700 meters, to ride his bike over a 18m long slackline from one rock to another, over a 112m drop – proof of being perfectly in balance, not only resulting in spectacular footage, but also making a world first: Riding a highline on a bike.